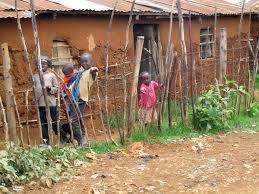 Additionally, we have assessed two control groups thus far and will be seeking one more control group to match the three groups where we are implementing the Marketplace Ministry.  These control groups are with the business members of three churches within the same three denominations but who are not receiving any teaching on Business as Mission or Basic Business principles.  It was difficult to convince these churches to be a control group as they really wanted the training as well, but they were willing to see the big picture and we promised to follow up with them after the research period was completed.
It is four months until I return to Grand Rapids for the summer.  Lots to do in the meantime.  Good work!  Exciting work!  Work I love!  But to say that it is easy to do this far away from loved ones for extended periods of time would not be truthful.  To say that one can "get used to it" after being away from church, friends and family for so long, is also not correct.  But when it is a calling, there is a deeper acceptance amidst the sadness or loneliness.  I continue to thank God for the opportunity to do this work and trust that He is continuing to lead and guide it!  Alone again...but not alone!
Posted by The Reeds in the Wind at 2:22 AM No comments: