Update on the Kids

A few of you asked for updates on the kids and so this blog is about them. 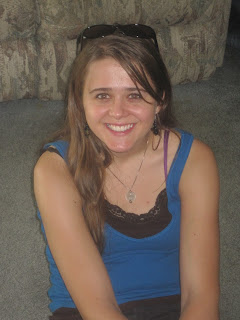 Hannah just completed her second year at Calvin College and will be a junior this fall.  She is 20 years old, which is hard for me to believe.  She too wishes that she was still a teenager and frequently will lament the passing of time.  She is double majoring in Social Work and Psychology, and minoring in French.  She wasn't planning on majoring in Psych, but after taking one class, she fell in love with it.  A chip off the old block, I guess - her father of course, and I too was a Psych major at Calvin.  In fact, her first Psych class was taught by a professor that I had as well.  Strange.

Hannah is working full-time at the Calvin library for the second summer in a row, and she also works there part-time during the year.  She will continue working there again this fall, as well as begin tutoring in French.  She is volunteering with Oakdale Neighbors, a community development organization here in Grand Rapids, which she enjoys.  She continues to struggle with exhaustion and we continue to try different ideas for relieving her of that.  Right now she is trying a gluten free diet, which in addition to being vegetarian, makes cooking for her very challenging!

Hannah will be taking a couple of weeks off at the end of the summer to take the train to Vancouver, British Columbia (Canada) to visit a couple of friends.  One of those friends will then join her on the train back to Calvin.  Taking the train across the country should be beautiful.  (And I'm much happier with her taking the train instead of driving!) 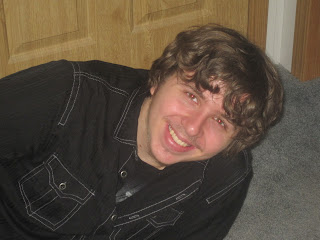 Noah is 18 years old, just finished his freshman year at Calvin College, and will be a sophomore this fall.  (He skipped the first grade which is why he's a year younger than his peers.)  He adjusted very well to his independence and seemed to thrive with dorm life.  At this time he is planning on majoring in International Relations and minoring in French.  He doesn't have to declare his major until the end of this year, however, so the French minor might change.  He loves politics though and LOVES to debate.  He doesn't want to be a politician (for which this mother is thankful) but would love to end up in foreign service work.  His dream job would be to be an ambassador for the US somewhere in the world.  I'm rooting for Africa!

Noah is also working full-time at Calvin, on a building cleaning team.  For those of you who know Noah well, that was not a typo.  Yes, a cleaning team.  While I wouldn't say that he is enjoying the work, he is enjoying the fruit of his labor by earning money for his tuition.  Noah worked this job during the last school year as well and will more than likely continue in it this fall.  I keep telling him that should he decide to marry, his future wife will be blessed by his knowledge of cleaning, assuming that he will apply such knowledge!  Noah will also be serving as a Barnabas this fall on his dorm floor.  A Barnabas is someone who is the floor chaplain, so he will be running the Bible Studies and checking in spiritually with his floor-mates.  Hannah did this last year in her dorm and it was a great experience, so we hope the same will be true for Noah.  Noah also just got his drivers license, for which I am grateful.  Three drivers now in the family and no-one else to teach!

Yesterday we had a chance to visit Bob's parents in Lake City:
I then wanted a few pictures of the two of them...and asked them to act like they loved each other.
PS - A point of clarification about last week's blog.  A few of you seemed a little confused and so I want to clarify two things:  one, Michael and I are NOT engaged.  That would be a bit quick.  The announcement was about our new relationship, in part because people were seeing us together and whispers were starting - so I thought I would clarify and tell the story.  Second, this does not change my work at this time.  I will still be heading back to Kenya in September and will be there until early June.  My work will continue as planned.

Thanks to so many of you for your loving, thoughtful, and encouraging comments.  To say that last week's blog was a bit scary for me would be an understatement.  But so many of you, especially those who knew and loved Bob dearly, responded with great joy and excitement, echoing that Bob would want me to be happy.  So thank you, dear friends, for continuing this journey with me.
Posted by The Reeds in the Wind at 9:01 AM 3 comments: