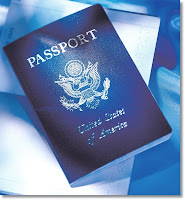 A Pledge, a Passport and a Plan

Now things are moving along with a sense of impending airline travel. As you may recall-- because we have said it a hundred times-- The Reeds have been waiting for Renita's interview with the US Citizenship and Immigration Services (formerly Immigration and Naturalization Service) to be approved for

citizenship. Last week, Renita and I traveled east along Interstate 96 to the brand new USCIS offices in Detroit. After a mere hour of waiting, her half-hour interview produced a piece of paper with the anticlimactic checkmark granting her permission to becomes a US citizen. Hallelujah! The people at USCIS were professional, courteous, and helpful. We wanted to stay and chat. We invited them to Ghana. I'll tell ya, The Michigan Department of Motor Vehicles should send its staff there for lessons.

This week, we will head back to the once-upon-a-time "Motor City" so Renita can take the official oath of citizenship, pledging alliance to the US of A.

Then, thanks to the new facility in the ex-Car Town, she'll be able to get her passport-- the very same day. The procedure is usually a couple weeks by mail, although in days gone by one could have opted to go to the regional office in Chicago for expedited service. With this new office not far from the home of what used to be General Motors, we can do the passport deed in less than half the time of going to Chicago.

So, what's the plan now? When do the Reeds head off to Ghana? Well, God willing, we'll 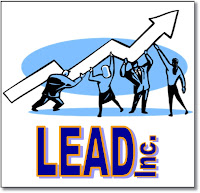 do this in two parts. Renita will leave first, after she gets her passport and after she gets her tickets and after she gets her visa to Ghana. She is booked to leave July 22. Once she arrives in Accra, she'll do a bit of house hunting with some friends we know there, then within a couple days she'll head off for a 8 day junket back to Liberia and then to Cote d'Ivoire (Ivory Coast). The purpose of these trips will be to connect with the Partners Worldwide friends at LEAD in Liberia and Dea Lieu's operation in Cote d'Ivoire (see May 27 post). While in Liberia, she'll also visit our West African friends and family in Thinker's Village/Foster Town. Then, sometime around the first week of August, she'll head back to Accra and continue to prepare for the Reed reunion there.
Hannah, Noah and I will remain in Grand Rapids until Hannah is finished with her job at Camp Tall Turf. This will give the kids just a little more time with pals here before they start school in Accra on August 17. As the plan goes, we will board a Lufthansa flight from Chicago to its Frankfort, Germany hub, then to Accra from there. We are already booked to fly August 11.
Renita and I have been waiting about four months longer than we thought we'd have to for this to happen, and during that time so many people-- many of you-- have been wonderful and generous and so supportive. As we enter into this new period, we have those by now very familiar mixed feelings. We will be saying goodbye, farewell, seeya later to everyone here. We will be saying hello, good to meet ya, thanks for the welcome, to a completely new West African place. We are all a bit anxious, some of us eager and excited, all of us sad-- some more than others, as we enter this transition we've been anticipating specifically for almost a year, and in a general way for much longer. We're so glad you are with us, at least via the internet and telephones, and happy we'll be able to stay connected. Don't think we could make it without you. 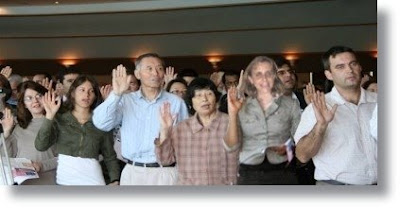 Renita at the swearing-in ceremony. Actually, this hasn't happened yet, I just put her head on some poor woman who was in a picture I found online. But I imagine it will look something like this. 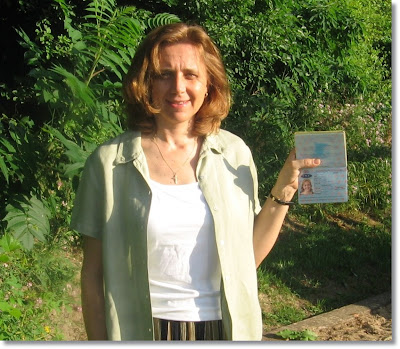 Renita this morning with her new passport. Yes, this is fake too, because she won't get it until we go back to Detroit later this week. The things she endures for Yers.