(title written in the style of our last move:  see www.reedsinliberia.blogspot.com)

Last week I referred to changes and mentioned that there would be a follow up with more changes in this week's blog post.  In addition to buying a home and moving, as well as adjusting to an empty nest, I decided to also change my employment and accept a position on the other side of Africa.  It's definitely a new day! 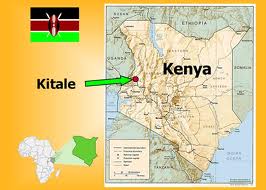 After much prayer and consultation, I have decided to formally leave Partners Worldwide at the end of this year and begin working with a ministry called International Christian Ministries (www.icmusa.org).   I will be living in Kitale, Kenya, close to the Uganda border, and will be teaching at the Africa Theological Seminary for portions of the year, and then out in the field for other portions of the year, helping churches begin Business as Mission (BAM) groups.

Having been with Partners Worldwide since 2005, this was not an easy decision.  As I had been mentioning in previous blogs, the last eight months have been a pretty intense soul searching and transitional time for me.  My time in Ghana ended in June - where was I to go next?  The ministry that we started in Ghana was a joint ministry with Bob and now I am alone; the kids are happily adjusting to Calvin College - what do I do?

As I look back over the last year, I can begin to see how God has worked in and through these questions.  Since this blog is a bit like a journal for me, allow me to take some time to write out the highlights:
Dr. Walker had encouraged me to stay in touch with him following the conference, as they were particularly interested in Business as Mission for the church leaders with whom they work.  Once conversation led to another, and they proposed that I begin to teach Business as Mission, as well as Community Development, at the Africa Theological Seminary (ATS), located in Kitale, Kenya.   They have other branches in Africa (Burundi, Tanzania, DRC) as well, but Kenya would be the best place to start.

From their website:  ATS is a non-denominational, post-secondary institution of higher learning whose founders and staff are passionately and faithfully committed to train, equip, and empower Christian Leaders already involved in Ministry.  Therefore, ATS train leaders “in ministry” and not “for Ministry”! It is for this reason that all ATS study programs are designed on in-service model around Block Courses to allow our students to continue serving in their primary ministries as they pursue further studies. (http://www.atseminary.ac.ke/)

The outline of this position would be that I would teach at the seminary for five weeks, and then go out on the field for three months to help roll out BAM groups in various churches.  I will want to continue to partner with Partners Worldwide in some way as I believe the Partners Worldwide model is excellent and can be especially dynamic within the context of a church, whose leaders embrace Marketplace Ministers as the foot soldiers for the church.  I will still be raising my own support with ICM but no longer for a whole region, so that will provide some fundraising relief.

I will be visiting Kitale during the last week of September and from there will go to West Africa for four weeks.  I will then wrap up my work with West Africa during November and December, and make the move to Kitale, Kenya in January.  I appreciate your prayers during these transition times!  I will keep you posted!

Posted by The Reeds in the Wind at 1:23 PM No comments: