Enduring Beyond the Elephant, by Hannah

The loss of a parent has far reaching consequences on a child, both emotional and physical.  Hannah was a very healthy child and teenager, up until Bob died.  I don't know if she would have had these challenges had Bob lived, but I do know that I am so proud of this young lady!

Hannah volunteered to write this blog, so please hear from her: 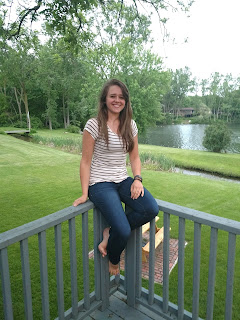 In 2010, after Dad died, I wrote about how I felt as though there was an elephant weighing on me, constantly with me, and that elephant was Grief.  And, though the elephant would never truly go away, eventually I would become stronger and would be able to bear the elephant without feeling so bent, so broken, so lost and alone.

The last eight years have been full for me- full of times of light and laughter, but also a lot of darkness and at times, it felt as though my back was not only bearing the elephant of Grief, but also the weight of constant fatigue and depression, which then dragged me mentally into some places of deeply negative self-image and insecurity.  There have been moments where Mom has said she feels like she has “Old Hannah” back, the girl that Dad said was a girl who loved life and loved to laugh.  Those moments have been few and far between.

These years have seen me diagnosed with Hypersomnia in 2013, and then Hypothyroidism in 2016- two disorders that give the constant fatigue a name and I learned the power of giving a name to that which is harming you in order to defeat it.  The diagnosis of both of these disorders helped me beyond what I can express.  I felt more free to be me.  I still feel tired often, but no longer feel burdened by inescapable, unavoidable exhaustion.

2017 was a year of dizziness and headaches, a concussion, and general frustration.  This, thankfully, is less of an issue now- I am able to take medication for the daily migraines which caused the dizziness and headaches initially, and the symptoms of the concussion are pretty much all gone.  I am incredibly grateful for this, for my family who got me through some incredibly stressful experiences, and for a church family that kept praying for me and loving on me throughout the challenges of the last year and a half.

Being made physically better, or at least making progress in so many areas, did a lot to make me feel better physically.  However, mentally, I was still struggling, and in ways of which I was not fully aware.  In 2016, I began isolating myself socially- for no real reason, other than I had graduated from Calvin and was happy to embrace my introverted side.  And I embraced it wholeheartedly.  The longest period I went without seeing anyone outside of work or church on Sundays was close to four months - and I thought I was perfectly happy with that.  I did not understand why my best friend, Grace, or my mom were a little uncomfortable with my contentment despite my lack of community and solid friendships.

I didn’t realize then what I realize now- I was deeply uncomfortable in my own skin, uncomfortable around people, and constantly feeling as though I needed to monitor myself nonstop in social settings in order to be socially accepted.  I had no confidence in myself and was incredibly hard on myself- or my mom would say, I was mean, brutal even, to myself, on a regular basis.  Being only in my own head lead to some dangerous self-talk.  I had gained weight in college, so I was constantly worried about food but unable to stop eating.  My self-confidence had never been great, and I was always worried about my weight, even when I was healthy, but at this point, I was overweight and very aware of how uncomfortable I was in my own skin.


Mom dubbed last year, 2017, the Year of Getting Hannah Healthy- both emotionally and physically.  A little ironic, as I was diagnosed with migraines and received a concussion in that year, but regardless, we took steps to see that I was becoming a healthy adult.  We didn’t know that the process would take us well into 2018 to see real progress being made, but that is the reality.  I regularly saw a counselor, who is amazing and who I still see often, and I joined Weight Watchers, which has been one of the most unexpectedly rewarding experiences of my life.  Unexpected because I was convinced that I was unable to lose weight, unable to stop gaining weight, and doomed to feel miserable in my own skin for the rest of my life.  I have been blessed by Weight Watchers both by losing 45 pounds and by totally changing by mindset when it comes to food, as well as when it comes to how I view myself.  I began to learn to love myself before I even saw a lot of weight loss because of a great leader at the meeting I attend and slowly but surely, I began to understand that I was worth the effort I was putting into the program.  It wasn’t to make the world accept me or love me; I wasn’t changing for anyone, I was doing it because I was worth it.  I was worth feeling good and happy with myself, no matter what the end result. 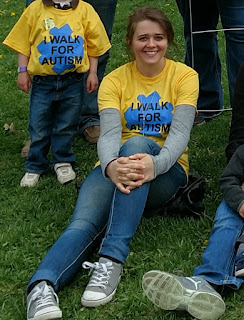 Counseling and Weight Watchers, plus the constant love and support of my family and friends, particularly my best friends Grace and Hannah, have gotten me through some dark and challenging years.  I have been blessed by being surrounded by those who love me, with a faith that has sustained me, and a God who has loved me even when I did not believe in His love quite enough to feel it for myself.  I have also been blessed by being born in America, where medical care and insurance are both available.  Being born white, and thus privileged, with two parents who were able to attend college and graduate school has helped as well, as both my mom and dad have helped me in this journey- my mom in her constant love, support, and ability to speak into my life, and my dad through the lessons of love and life he gave me before he died.
Seeking the help I needed was essential to where I am today.  I received it from an incredible counselor, as well as from Weight Watchers, which was a less conventional source but totally transformative for me.  God works through so many ways, and I have been blessed.  In a year, I will be done with my Masters in Social Work.  I hope to continue to learn who I am, and continue on a much healthier path than I have ever been on.  I have been given so much, and I know that much will be required of me.  I often think of this verse from the Desert song by Hillsong United now: “This is my prayer in the harvest, when favor and providence flow; I know I’m filled to be emptied again, the seed I’ve received I will sow.”  I look with anxious anticipation for how God will use me, now that I am out of something of a desert and hopefully able to be nurtured to a healthy place out of which I can pour into others.
Posted by The Reeds in the Wind at 7:38 AM 2 comments: