Addis Ababa is a beautiful city of close to four million people, sitting at about 8000 feet above sea level.  It is a city of beautiful people, lovely views, great food, and cultural richness.  Ethiopian people seem to love Ethiopia (maybe that sounds obvious but there are many people who don't like their own country).  We have heard a number of Ethiopians tell us that if they were given a chance to live anywhere in the world, they would choose Ethiopia.  That tells you something about this place. 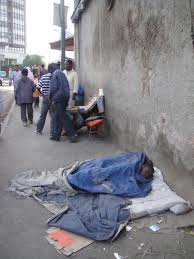 Last year witnessed some amazing changes in Ethiopia, with a new prime minister who is allowing for freedom of speech, has brokered peace with Eritrea, and has given the whole country hope for the future.  Additionally, a new female president was brought in last year, and women represent more than 50% of the government.

But no-one would say that Ethiopia is perfect.  No country is.  Although Ethiopia is set to have one of the fastest growing economies in Africa, this reality is in part true because they are starting from such a low level.  On the Human Development Index, Ethiopia ranks 173 out of 189 countries.  The per capita income is $783 (compared to the US which is approximately $31,000).

Only 4% of the population in Addis Ababa are Protestant, while 82% are Orthodox Christian.  To say the Orthodox faith varies greatly from the Protestant view of how we are to live and worship would be an understatement.

Predictions are that Addis Ababa will be a city of more than six million in the near future. 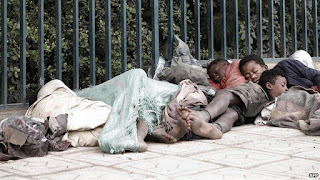 Addis Ababa is a city with more than 100,000 homeless people, and at least 18,000 of those are children under the age of eighteen.  People can be seen sleeping on the sidewalk everywhere, every day.

One of the many reasons for this high rate of homelessness is the lack of affordable housing for those moving to urban areas from rural ones.  Additionally, safe housing with basic needs such as running water and electricity are also in short supply.  According to one study, 75% of the total population in Addis is living in overcrowded or dilapidated structures.

But another key reason is the lack of jobs and the high unemployment rate.  As we often say in DML, we need to train job makers, not just job seekers.

One of DML's partners in Ethiopia is an organization called Kibir (http://www.kibirconsultants.org), which means "glory" in Amharic, who is doing just that - creating job makers.  Kibir is working in a number of different areas, and they took us to visit one special partner this past week.  A businessman, in his mid-thirties, who owns a construction and a catering company, felt the call of the homeless on his life.  He decided to start a ministry that would daily feed breakfast to the homeless youth and lunch for homeless adults.  While we were visiting, about 20 pre-teen and teen boys were there for breakfast.  About 80 adults show up for lunch daily.  Showers are provided, as is a laundry area where they can wash their clothes.  The gospel message is shared at every meal through a full-time pastor who has now worked in this ministry for six years.  The work is very challenging especially with the youth, Pastor Jeremiah shared, as it can take years to develop a relationship to the point where they will change their living situation. 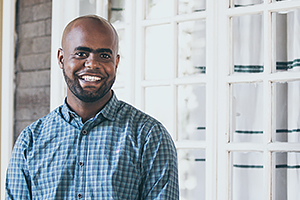 Kibir is now working with this ministry to provide business training skills to the participants in this program.  Pastor Jeremiah pointed out that many of the homeless adults have a business or are even employed full-time but are still unable to afford housing.  Kibir hopes to help them increase their earnings by teaching the DML business training to them.  Misikir Aliku is the National Coordinator for Kibir and speaks with great excitement about the connection from working with churches, to training business members, to their potential impact in the community.

From the 27 people trained in their first training with this ministry for the homeless, 15 people came together, pooled their individual loans of 3000 birr (about $100 USD) and started a car wash.  The government even gave them land.  This car washing company is running well, with mentoring and consultation provided by Kibir.

Some of the Principle Objectives of Kibir:

This is just one story of many that I heard from Kibir as it relates to the impact they are having.  Kibir is one of the beautiful parts of Addis.  In March, they trained 23 new trainers for the DML program.  We are blessed to be partnered with them!  Please pray for them and for their ministry as it grows!
Posted by The Reeds in the Wind at 1:46 AM No comments: