Due to a trip being cancelled in May, I have been able to really go after some of my classes for my PhD.  I am currently in the middle of an International Law class, and while reading about law is not exactly exciting for me, I have had a few "aha" moments.

Talking about politics at this time is difficult (maybe it is always difficult?) and we get so mired down in the issues of today and the fears of tomorrow that sometimes we miss the forest for the trees.  This class has given me a view of the forest from a 30,000-foot level and it really is beautiful. Now please don't get me wrong.  I'm not saying everything is perfect or going well.  But we do have a lot to be grateful for and if we don't take a few steps back every now and then to see a much bigger perspective, we can get lost in negativity and be filled with complaints.  So this might be helpful for one or two of you as well. 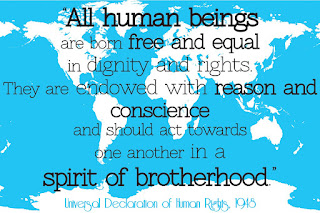 A lot of good has happened globally in the last seventy years (1948-2018), at the end of World War II when the UN Charter was signed.  Up until this time there had only been failures at recognizing an international community, international laws, and fundamental values that are universal.  There were four main freedoms being called for in 1948:

[How amazing would it have been to sit in a room and discuss the main freedoms that could be common to all people!] 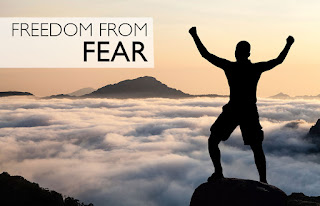 From these freedoms the universal declaration of human rights was born, written at the lowest common denominator to be able to get all states to agree, but it ultimately led to the right to self-determination of all peoples, which led to the end of colonization worldwide within the next three decades.  Listen to this quote from one of my textbooks:  "The human rights doctrine has operated as a potent leaven, contributing to shift the world community from reciprocity-based bundle of legal relations, geared to the 'private' pursuit of self-interest, and ultimately blind to collective needs, to a community hinging on a core of fundamental values, strengthened by the emergence of community obligations and community rights and the gradual shaping of public interests (Cassese, International Law).

Not only that, but the birth of the UN has led to the suppression of the use of force between states and has also defined, by an accepted international authority, what is legal and what is not as it relates to force.  Prior to this, there was an unfettered freedom of states to use force on each other, with no-one declaring what was right or wrong.  To have this happen in seventy years, with most of the 200 states in the world accepting these key principles and accepting this "authority," in part because of peer pressure, is pretty astounding.

Isn't that exciting?  Doesn't this seem to be the right direction for us to be moving in this world?  To be community minded and have fundamental values that are almost universally accepted sounds like a movement towards being a global family.  Additionally, there have been more prohibitions on certain weapons, there has been banning of torture and genocide, there has been unity on the need to protect the environment, there are international courts that have accepted authority to try individuals and state officials on war crimes and human rights violations, and there are joint efforts on working against terrorism.  Not all of this has been done perfectly, and there continues to be needed work on finding ways to monitor compliance while still respecting state sovereignty, but what progress!

One objective of the original UN Charter of 1948 had to do with the freedom of want.  As someone who has been doing business development in West and East Africa since 2005, this was of particular interest to me.  There is open acknowledgement that this has not gone as well as the movements in human rights or in banning the use of force.  There are, of course, many complex reasons for this, not the least of which was that many 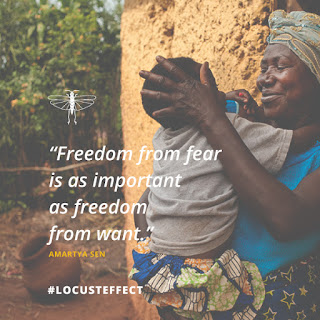 of the major powers had colonized many developing nations and were using their natural resources for exports without building any infrastructure in those countries.  It took three decades for colonization to end, and those nations then realized how much further behind they were due to the lack of infrastructure, including roads, water, electricity, education and health.  As these nations joined the General Assembly of the United Nations, they began to have a louder voice, requesting more favorable trade positions given their current conditions.

Many developing countries have agriculture as their dominant economic activity.  There can be a section of the economy that still exports raw materials for manufacturing in industrialized countries, as well as some local industry producing textiles and foodstuffs.  But for the most part, these are family size businesses and the equipment is often very basic.  What developing nations need, according to my textbook and what I affirm after working in this context for thirteen years, is trade preferences, foreign investment to promote economic activities, transfer of modern technology, and training of skilled workers.

The good news is that most "developed" or "industrialized" nations, who caused a lot of the problems and didn't want to see themselves lose power, have now come to agree that it is in the best interest of everyone for to have opportunities to work, to grow, to create, to network, to trade, and to develop.  This too is encouraging and I continue to be thankful for the work that we are doing in Discipling Marketplace Leaders. 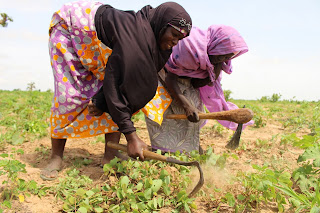 Seventy years is really a short amount of time.  It is a lifetime for some but in terms of history, it is short.  Many of us don't remember or know the situation in the world one hundred years ago, when everyone did what was right in their own eyes.  My parents emigrated from the Netherlands after the Second World War and tell some stories about what they endured, but they were young as well.  Let's be encouraged that the bar can be raised.  People and states CAN change. Who knows where we might be in another seventy years?

If you find yourself wanting to send me a bunch of "Yeah but..." messages, I encourage you to take a deep breath, read these words again, and let them wash over you.  Every day has enough "Yeah buts..." from the ground level, but sometimes we need to take a 30,000-foot view. 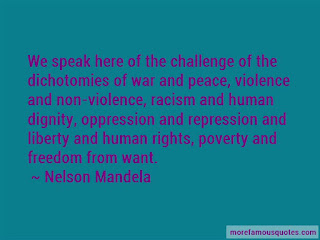 Posted by The Reeds in the Wind at 7:57 AM No comments: