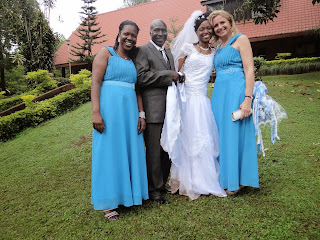 Interesting account of the wedding and congrats with your new namesake. Marianne Bailey