Over the past few months, as I have mentioned my relationship with Michael in the blog, or as he has run into various people, we have been told individually that people are waiting for an "announcement" from us. 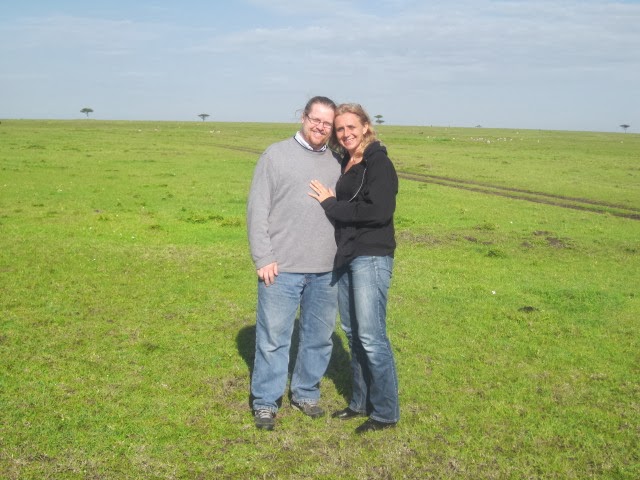 It was in Kenya, on the Masai Mara.  A colleague of mine got a tremendous deal for Michael and me to have a one day safari at a five-star location.  I was planning on taking him to the same parks that I had taken my children to in the previous month, however these parks did not have elephants, and elephants are Michael's favorite land animal (see poem he wrote in 2009 here).  I had searched and searched for an affordable way for us to see elephants, so when my colleague called with this opportunity, I jumped on it and thought it would be the perfect gift for his birthday. 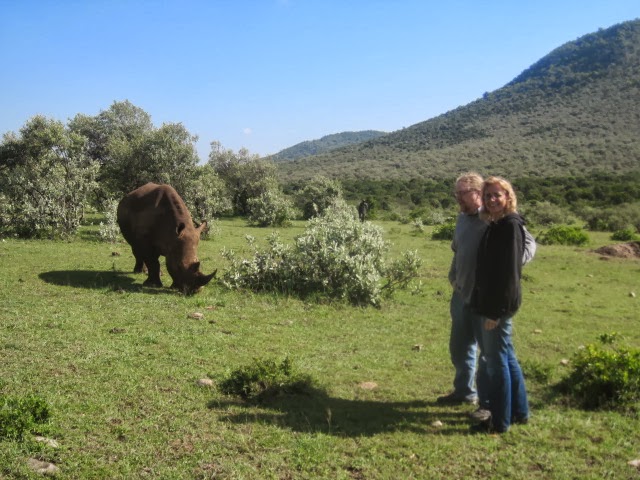 We arrived at the Masai Mara on the afternoon of Michael's birthday, and it didn't take long to see animals, as the Mara is teeming with wildlife.  We enjoyed seeing a family of lions, giraffes, impala, hyenas, Thomson gazelles, warthogs, and the like.  It was great!  Plus it had just rained and we were not driving on roads, so the jeep was slipping and sliding in the mud, which made it fun.  At one point, I asked the driver if he thought we would see elephants on this drive.  He said probably not because of where we were headed, but that we might see them the next day.  I told him about Michael's birthday and the hopes we had of seeing elephants that day, but conceded that if we had to wait, we would wait.  With a wink in his eye, the driver made sure we saw elephants.  Not only that, but we found one mother elephant nursing not one but two young elephants!  It was a beautiful and magical time.  We thoroughly enjoyed God's creation. 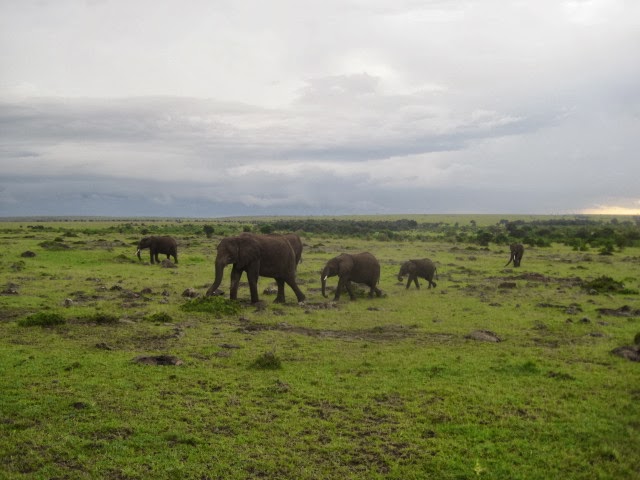 [Wait a minute, Renita.  I thought this story was about a proposal not about a birthday and elephants??  Shush.  It's coming.  I'm bringing you into the context.]

That night for dinner, at the very nice resort restaurant, alongside the Mara river which is full of hippos and crocodiles, Michael got down on one knee and proposed to me.

Was I completely surprised by it?  No.  At our age, you don't do these thing on the fly.  In fact, Michael had asked and received the blessing of my children prior to the proposal.  [Hannah's only request to Michael was that he make sure the proposal was romantic - and to do it right.  I don't think it gets much better than getting engaged on the Masai Mara in Kenya, do you?]

We are planning to get married this summer, in early June. 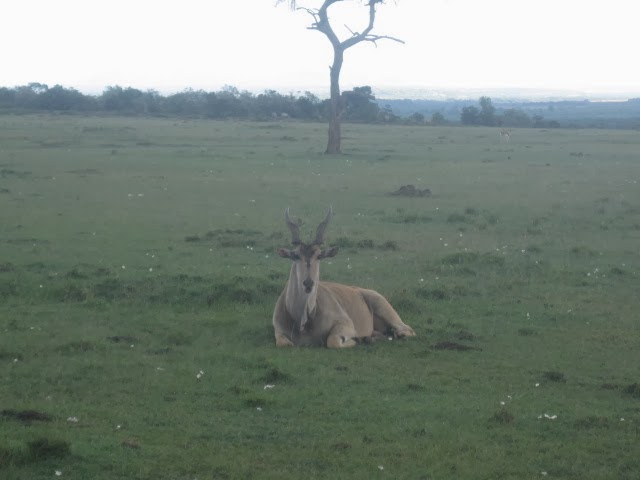 So, what does this mean?  I'm glad you asked.  I have thought long and hard about this particular blog entry.  The truth is that out of the approximately three hundred persons who receive my blog each week, most of you will have no reaction.  A portion of you will be very happy for me.  A smaller number will be concerned for me, my children and my ministry.

For those of you who are happy for me, know that I am very happy as well!  I am happier than I have been in a very long time!  People have noticed and commented to both Michael and myself that the change is visible. 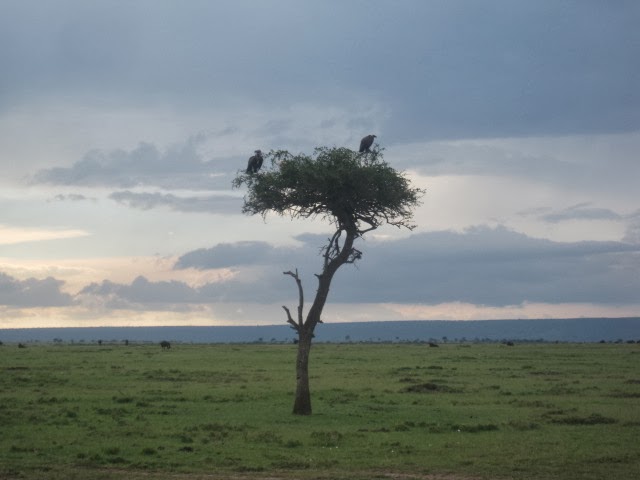 For those of you who may be concerned about me, I imagine your question might be, "Isn't this too fast, Renita?"  My answer to you is that when you are 45 and 49 years old, and you have spent time talking for roughly three hours a day for the past eleven months, you get to know someone very, very well.  Having a Skype relationship, without the distractions of movies or TV, or eating together or errands, etc., makes for very dedicated time for learning about each other.  Add to that that we were advised by our pastors to begin reading marriage books very early in our relationship, which caused us to discuss deep issues early on.  But Michael and I are bent that way anyway - toward talking about deep things.  So when you get to the point that you believe God has brought you together and you make a decision to marry, there is little point in waiting or delaying. 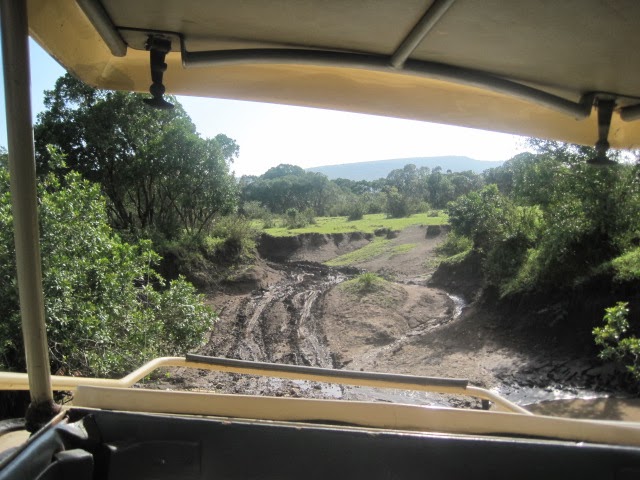 For those of you concerned about my children, they both gave their blessing to our marriage.  Noah has had no problem in adjusting to this relationship and has been happy for us throughout; Hannah has struggled a bit more.  But the month they spent with me in Kenya was very significant as it gave us the time to discuss these things and talk through a number of issues.  In March this year, it will be four years since Bob's death.  None of us want to forget him or the impact he had on our lives.  All of us are missing him in different ways.  That doesn't change with this.  The acceptance of Michael into our family is a separate event from the loss of their father.  The one does not negate the other.  So I feel good that we are able to move forward together as a family.  That doesn't mean that there won't be difficult days, but we have a solid foundation of communication, trust, and love that allows us to move forward with patience.  I have asked Hannah to be my maid of honor (although I'm starting to regret that as she has threatened to take over the wedding and make all the decisions herself!); I have asked Noah to walk me down the aisle (again, I had to emphasize with him that he was NOT giving me away.  I am not his to give!)  They both joyfully agreed. 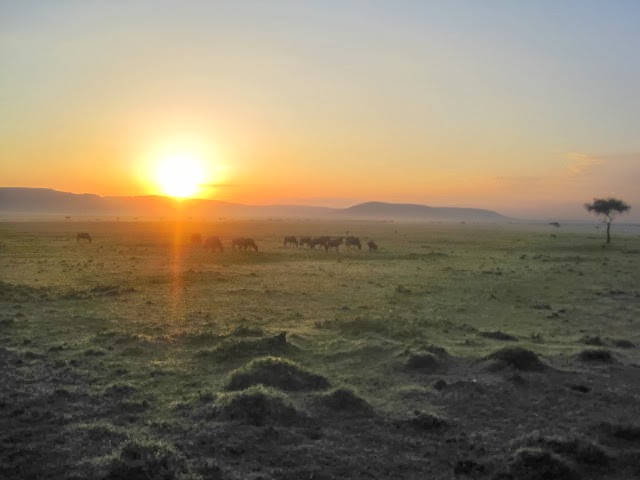 And what about my ministry?  It will continue.  Full stop.  Some of the logistics will change by the year 2015.  One thing that Michael and I have said to each other over and over again is that IF God is in our relationship (and we believe He is) and IF God is part of my calling (and we believe He is) then these two do not need to conflict.  For this next year, nothing changes.  I will return, alone to Kenya from September-December, to complete my two year contract with ICM.  This will also bring me to the end of the pilot project, and the arrangement with ICM is that I will begin to work on my report for the research - which may or may not turn into a book.  This information then needs to be disseminated to various countries and ministries involved in business as mission (assuming the results are positive, which early indications are showing).  That dissemination does not require living in a particular developing country, but can involve travel with a home base in Michigan.  Michael is very supportive of my work, and while I don't want to be gone nine months out of the year (as I currently am) we also know that my work will involve travel.  So nothing changes in this regard.

Look for more details on the wedding here.  It is going to be small and simple (if I have my way!  At my age, it's not about the wedding - it is about the marriage.)

For those of you who have stood me in my grief and widowhood for the past forty-six months, I hope that you will now join me in my new-found happiness.  We do covet your prayers as we move forward.
Posted by The Reeds in the Wind at 2:26 PM

That is one very very lucky man.

I am so happy for you. I follow your blog. I was with you on a plane 7 years ago when we adopted our children from Liberia. My husband has since left me and I hope I can one day have a happy ending too.To know you have love again is amazing. I know it doesn't take away loss, but it is so nice to see God does want you to enjoy happiness. Celebrate! You both deserve it.

Dear Renita
Big smile!
Wishing you much joy, also strength as marriage, moving etc is never all easy. But you have plenty of experience in both.
Could I pretend not to be a bit sad that our continent will no longer have you on a full time basis? How could I not be? That would be an insult to you. At the same time, do I have complete faith in the way in which God works through your life? Absolutely, yes.
And I bet your lovely children will enjoy having you a little closer at hand for a change, grown-up as they may be.
Love
Elizabeth

Renita, I have continued to follow your lives since Bob's death, and am so, so, so elated for you and Michael. I'm pretty certain Bob is too. More joy!